Insects are thought to represent around 90% of the diversity of animal life on earth. There are over a million currently described species and an estimated 10 million species in total. The majority of insects have wings in the adult stage and move around mainly by flying. Some insects, such as cockroaches, have wings but are reluctant flyers, preferring to crawl to find food and shelter. Termites and ants are mainly wingless, so most of their behaviour involves crawling, and produce ‘reproductives’ that are temporarily winged during a short breeding season. Other insects, such as the flea and louse, are wingless and can only crawl or jump to move around. Crawling insects here refers to insects that are perceived as pests mainly due to their crawling behaviour.

Insects are distinguished by having an exoskeleton with a three-part body, consisting of: a head with compound eyes, a pair of antennae and very variable mouthparts; a thorax with six legs and often one or two pairs of wings; and an abdomen. Most insects go through a life cycle starting with eggs and a series of developmental stages or moults, before they reach their adult stage. This is typically egg, larva (eg caterpillar, maggot), pupa (often sealed in a cocoon) and adult, which often has wings. 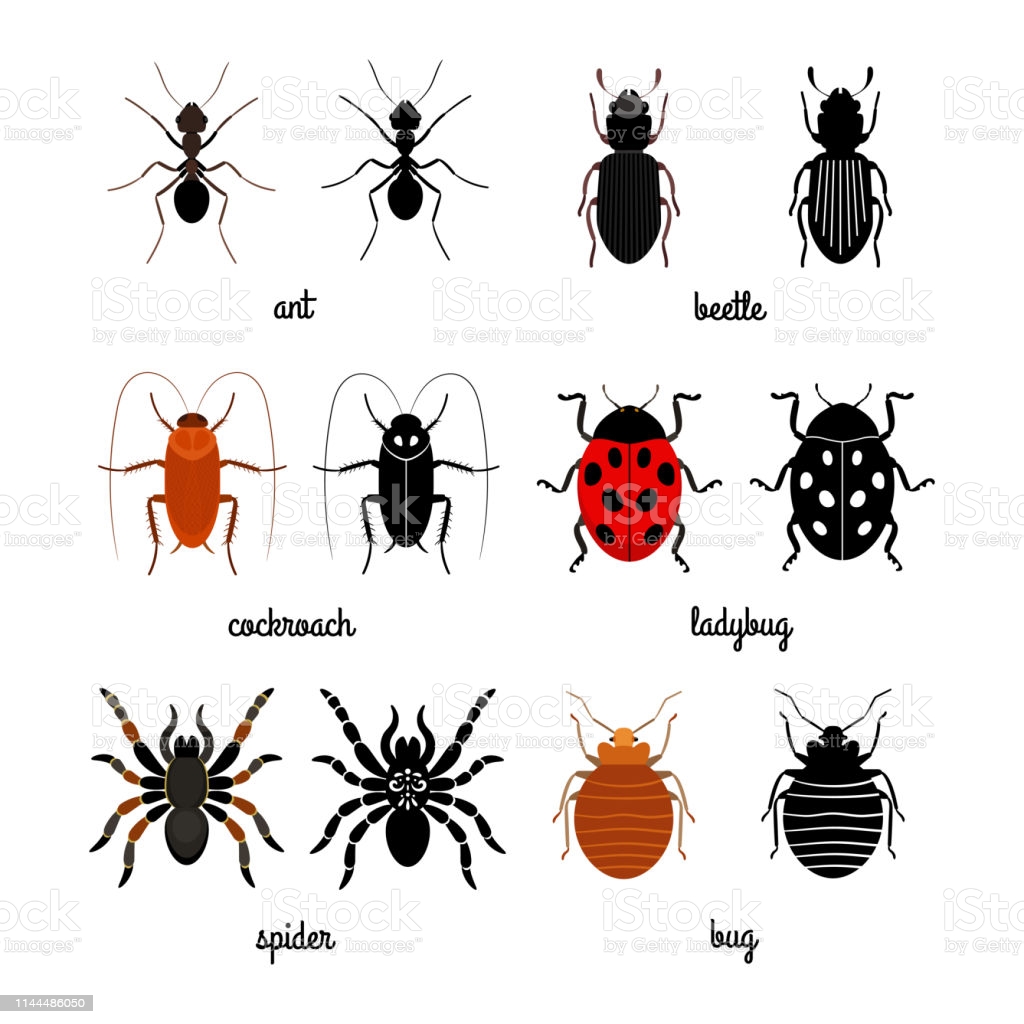 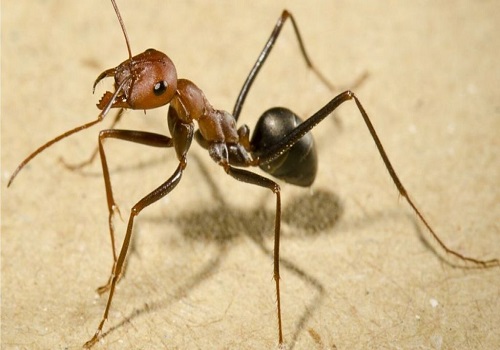 Ants are incredibly capable and intelligent creatures. Though harmless, they can be a nuisance when they get into your home or business premises. Their complex and cooperative societies allow them to survive and thrive in conditions that would be otherwise challenging to us. Here are some interesting facts that you may want to know about this small but amazing pest.The total weight of all the ants in the world is the same, if not larger than all humans added together. Ants are capable of carrying objects 50 times their own body weight with their mandibles. Ants communicate and cooperate by using pheromones that can alert others to danger or lead them to a promising food source. Foraging worker ants can travel up to 200 metres from their nest and find their way back to the colony by following scent trails left by others. Ants evolved from wasp-like ancestors in the dinosaur period between 110 and 130 million years ago. Ants can survive underwater for 24 hours. Ants belong to the insect order Hymenoptera. They are close relatives of bees and wasps. Each colony can hold up to half a million ants. They can all get up and go very quickly if the colony is threatened. Worker ants can live for up to 7 years, while a queen can live for up to 15 years.Food poisoning – ants can contaminate food because you don’t know where they’ve been foraging before crawling over your food. Nasty bites – ant bites though harmless, can be itchy and causes discomfort. Reputation – having an ant infestation in business premises can be unsightly to customers. Business losses – compromised health and hygiene can lead to lost trading revenue in food related business.

Cockroaches are a high risk pest to have in your premise. They carry a range of serious illnesses, including salmonella food poisoning, dysentery, diphtheria, gastroenteritis and typhoid. Furthermore, cockroaches have been identified as a major source of powerful allergens, often the cause of asthma, allergies and eczema, especially in urban areas. The health risk is particularly high in homes with children, the elderly or those fighting illnesses. Beyond the health risks, cockroaches are a distasteful pest to have in your premise. They are not only a disturbing sight, they cause contamination and can produce an obnoxious odour that taints food and objects which they come in contact with. If the conditions are good, and temperatures sufficient, as is the case all around the year in most parts of India, cockroaches can breed rapidly. They are highly resilient and have developed resistances to a number of insecticides. A quick response is therefore essential to ensure that cockroach infestations do not go out of control or spread to neighbouring properties. A quick response at the very first sign of an infestation is essential to control cockroaches in your property and to stop the spread of this pest to your neighbours. 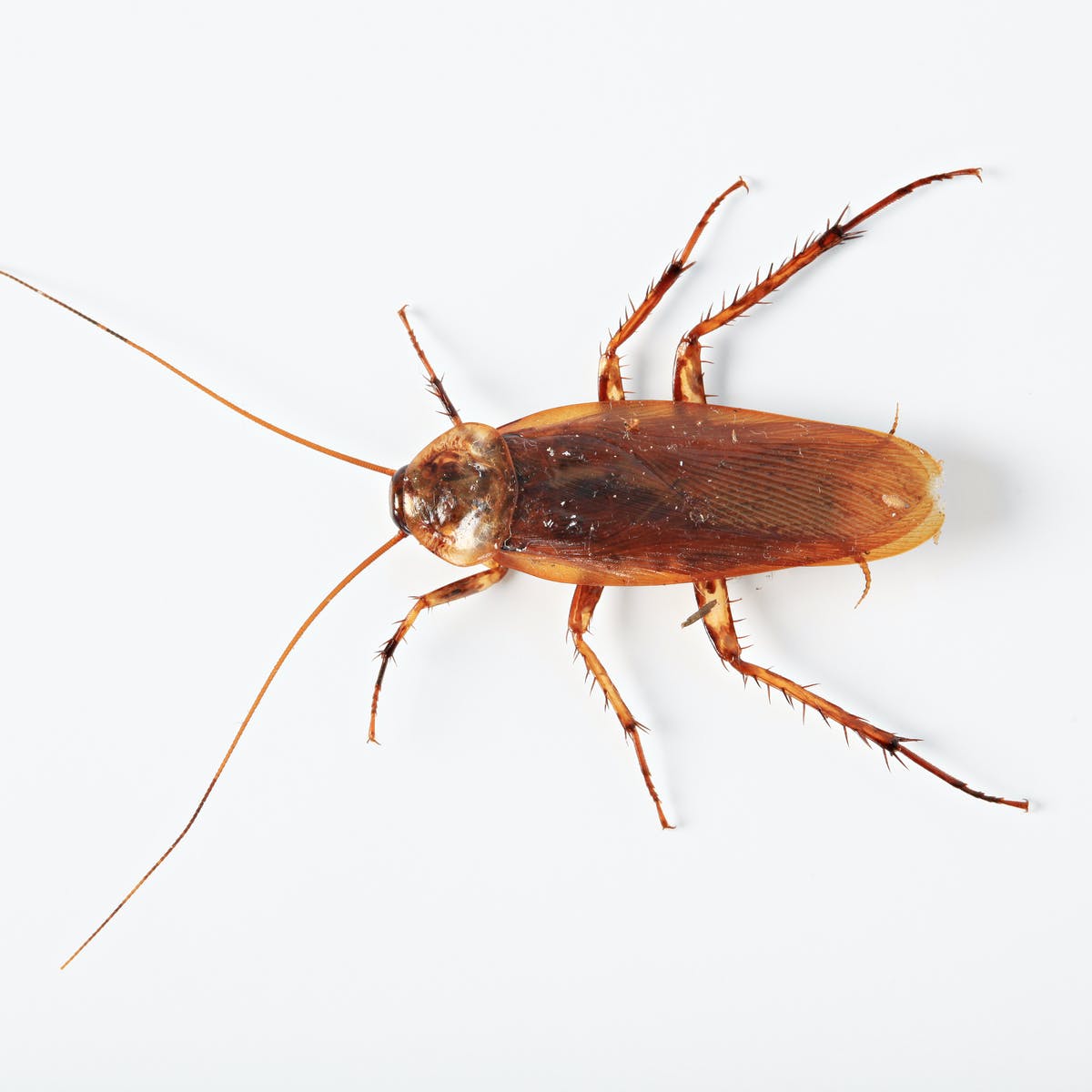 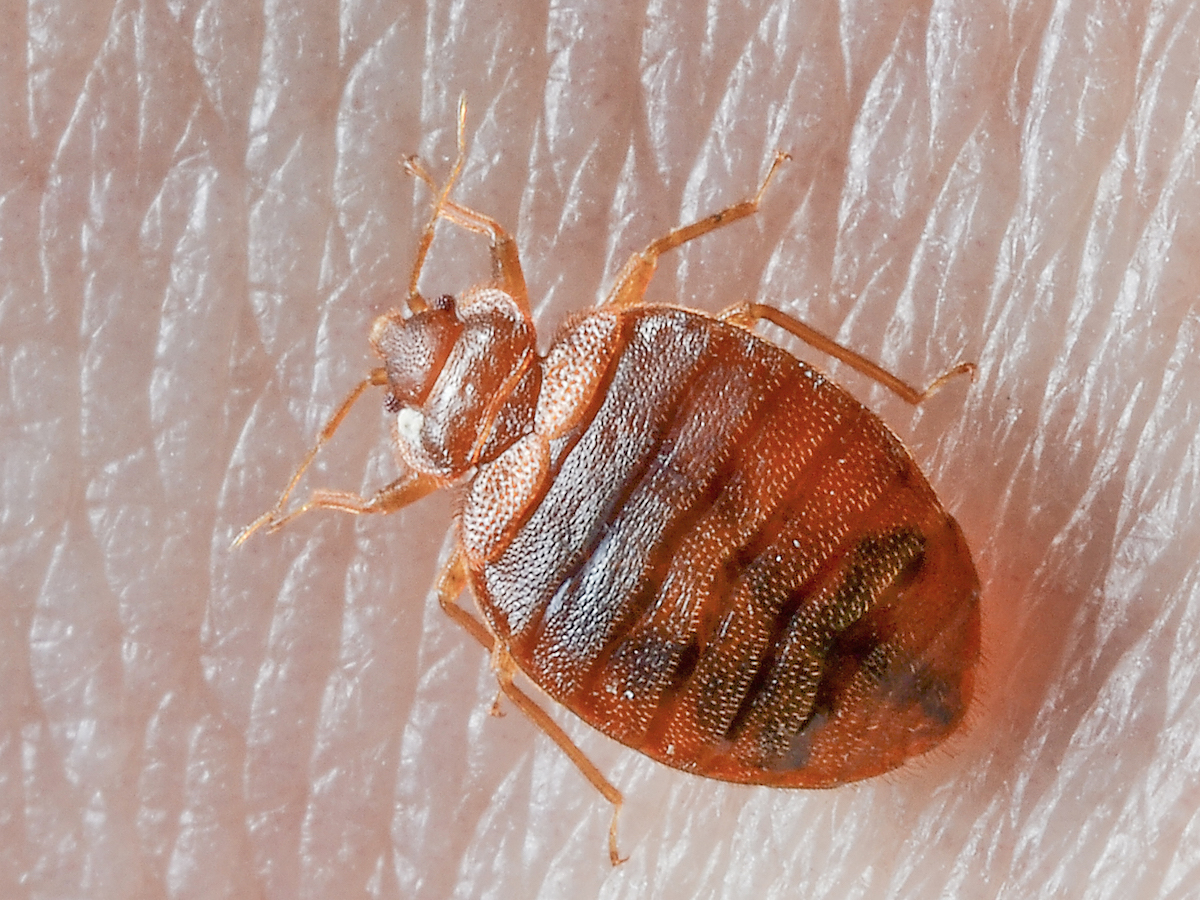 Bed bugs are a significant problem in India and around the world. They are easily spread and difficult to treat resulting in a rapid growth in the number of bed bug outbreaks. The key to beating this problem is to raise awareness of what to look for and to ensure bed bugs are dealt with quickly once discovered.Bed bugs feed on the blood of humans and other mammals. While it is possible for bedbugs to transmit disease, in India it is very rare. Instead, the primary concern is the irritation and distress caused by bed bug bites. Bed bug bites do not hurt. It is the itchiness that results from the body’s reaction to them that causes discomfort. Treating the bites soothes the irritation, but it can still be very distressing when there are multiple bites as is often the case with bedbugs. Multiple bites and contact with bedbugs can also lead to an itchy rash or eczema. Consult a pharmacist for advice and treatment if this occurs.

Besides being a nuisance in your home, silverfish has destructive feeding habits. They can cause extensive problems by damaging valuable books, photographs, paintings, plaster and other household items containing starch or cellulose. This nocturnal and discreet pest which can cause an infestation to go unnoticed for a long period of time until substantial damages have been done. Silverfish can also survive in most environments, but thrive in conditions of high humidity and can often be found in dark, damp areas such as kitchens, bathrooms, basements and attics. In small numbers, silverfish bugs do not really cause a problem but a large infestation can lead to a serious issue for your business. 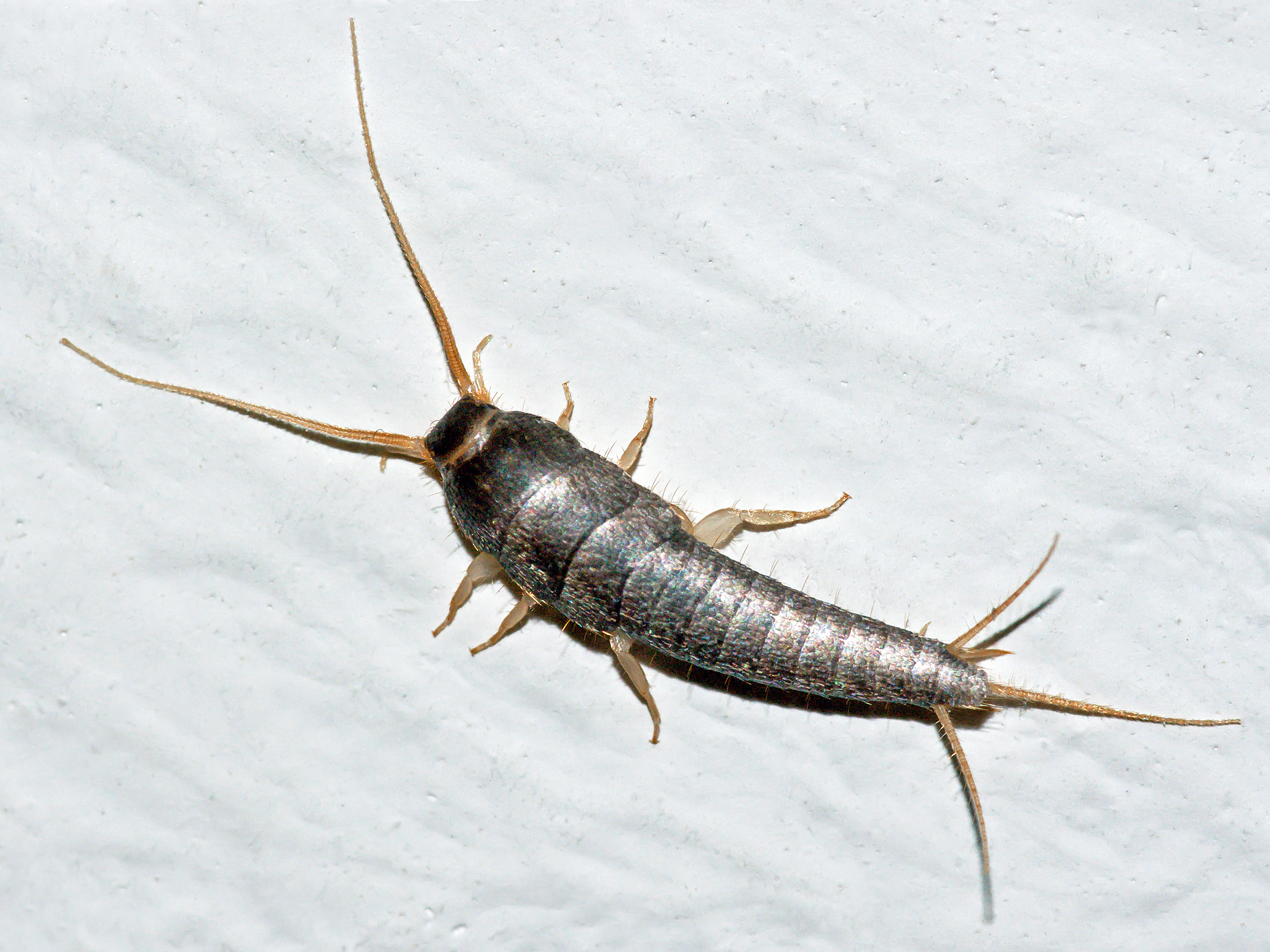 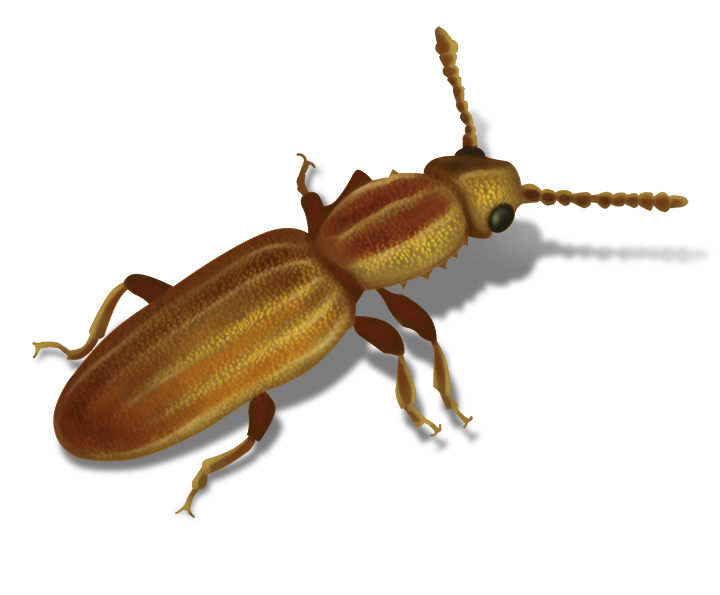 Grain beetles are technically known as stored product insects, often found damaging and contaminating raw materials used in food at home or businesses. Some common foods infested by it are grains, cereals, dried fruits and seeds. These pests are health hazard to both homes and businesses like food processing plants, restaurants and stores. They can cause enormous economic losses through their damage and contamination of food products. Identifying and removing the source of the infestation is a critical part of effectively controlling these pests. In particular, businesses like food processing or food storage can greatly benefit from an ongoing professional integrated pest management programme for effective and long term protection against grain beetles.Using a professional stored product insect (SPI) control service is the most effective way to control SPI which includes grain beetles infestation from your property. We offer an expert Inspection of your premises. Our professionally trained technicians can provide effective and targeted SPI control solutions tailored to your requirements. Treatments include the control of any potential breeding sites and we will advise on actions to take. Call us at 0124-4110327 to know more. Alternatively, contact us online to arrange a free site survey of your property and to discuss our range of effective solutions.

Fabric beetle feeds on natural protein (keratin). This can be found in any fabric material with animal origin, including wool, silk, cotton, leather and feather. When these pests are left untreated in your property, they can cause serious damages to: Historic artefacts Clothing and carpets Contamination of foodstuffs and fabric–based goods The presence of fabric beetle infestation in a business can lead to product recalls, loss of valuable assets and damaged reputation.Using a professional pest control service is the most effective way to control fabric beetle problems from your property. We offer a Free Inspection of your premises. Our professionally trained technicians can provide effective and targeted fabric pest control solutions tailored to your requirements. Treatments include the control of any potential breeding sites and we will advise on actions to take according to the ERDM approach. Call us at 0124-4110327 to arrange a free site survey or contact us online today. 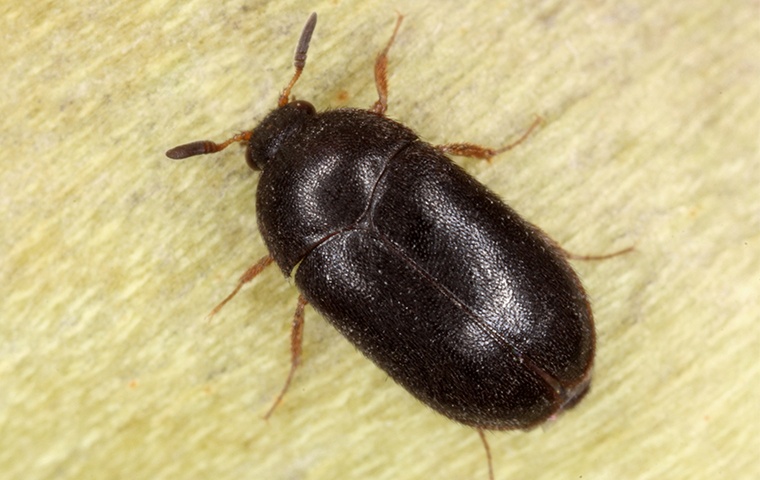